I am writing ASP.NET Core code for an automated cloud directory synchronization process that will run on Google Cloud Run and Kubernetes. This code requires the current date and time in the local time zone. Simple problem, or so I thought.

This is the original code that I wrote.

This code works just fine on my development system, Microsoft Windows [Version 10.0.19041.508]. This code failed when I deployed to Google Cloud Run based on the container image mcr.microsoft.com/dotnet/core/aspnet:3.1.

I then deployed the same code as a Docker container and received the same error. That is good as the debugging cycle is faster with Docker and confirms that this is not a Google Cloud Run issue. Note: the error message is a Bootstrap dialog that reports error messages in the client browser. The actual error text is “The time zone ID ‘Pacific Standard Time’ was not found on the local computer” is reported via an exception caught in the calling code.

A quick solution is to add exception handling code in my function and return UTC time instead of local time if my code hits an exception.

Some developers might stop there and just report this as fixed with a runtime exception notice in the README. I wanted to understand why this code failed.

I then wrote a simple program that I could run under Windows and Docker.

I ran this program under Windows, and below is a partial output. Looks normal. I am just displaying the entry for Pacific Standard Time to keep this short:

I ran the code under Docker. The time zone IDs are different. Linux has its own way of naming things that are often different from Windows.

This shows that there are two different time zone IDs:

Windows maintains a list of time zones in the registry. These values are published here (link).

Why didn’t I just use a library or .NET package?

I did not want to introduce another dependency. In our environment, which is high security (government and financial industries), source code must go through a review process. By keeping the required code to a minimum, the code review is simpler. Plus external libraries might not pass our tests delaying the project.

I rewrote GetLocalDateTime() to catch the exception and try again using the other time zone ID.

I did not like the new code. Seems sloppy and lazy. Let’s dig further into the error that is happening.

I removed the try/catch code so I could see the exception type and error message. The line of code that is failing is:

Let’s move FindSystemTimeZoneById() into a separate function passing the two different time zone IDs, one for Windows and the other for Linux, and let the function try each one until success. If neither time zone IDs work, this function returns null.

Now we can rewrite the GetLocalDateTime() function:

The function GetTimeZoneInfo() uses exceptions to handle errors. Another technique is to loop through the list of time zones and check if the ID exists:

If you prefer to use Linq:

Which coding technique should I use in my code? I decided to benchmark each GetTimeZoneInfo function. The results surprised me.

I wrote a test harness and called each function ten million times under Windows 10 and under Docker Linux on Windows 10:

I reversed the order of the comparison by swapping tz_id_1 and tz_id_2. This showed some interesting changes in timings.

The numbers look much better for Docker now. My theory for Method #1 is that c# exceptions are expensive.

Since exceptions are expensive, check the platform we are running on to provide hints for our code.

By using hints, Method #1 is now the best method. By selecting the correct time zone ID for the platform, we remove exceptions that are slow.

Here are the results of this work. After testing this, I changed the code to put the time zone IDs in appSettings.json and then wired up configurations. The configuration changes are not part of this code to keep things simple.

My solution may not be the best solution for you. Managing time zones is complicated. The details of existing IDs change and new IDs are created. Getting the world to agree on time is very problematic. For example, there was a time zone update this month (September) and one last month (link). Time keeps changing …

Note: I chose not to use a lookup table as that is another item to manage, test and verify. Time zone details keep changing. I decided to require the administrator who configures the application, to lookup the correct time zone IDs instead of hard coding them in source code. 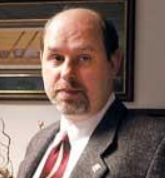